Kate Moretti's The Vanishing Year meets Kimberly Belle's The Marriage Lie in this twisty domestic suspense about a teenaged girl who disappears and is thought drowned--and the dark secrets she leaves behind.

Leah, a popular sixteen year old, is uncharacteristically apprehensive the night before her new school year begins. She decides to take a moonlight paddle at her divorced parents’ Florida beachside inn to take the edge off her anxiety. Moments later she vanishes in the water without a trace. The police assume death by drowning since sharks had been sighted nearby earlier in the day. They do a cursory investigation and that's it. The community comes out to give support, but days later her mother Emily is still wondering what happened to her beautiful daughter. And why is there no body?

In the days that follow, Emily accidentally discovers pornographic images of her daughter on her laptop. Some appear to be selfies taken for someone else's pleasure. Others are clearly taken by a voyeur and sent to Leah. Shockingly, they reveal darkly tantalizing clues to an older man’s involvement. Emily's heartbreak turns to deep rage as she sets out to unmask who this monster is who has stolen her daughter's innocence--and perhaps more. As her suspicion falls on various locals who, as unlikely as they may seem, may have lured Leah into risky, even deadly, behavior--the youth pastor, the long time resident in bungalow 3, his son who visits from New York--she trusts no one. Suddenly her once close knit community, itself its own paradise, has been invaded by evil, an evil that is still lurking in the shadows--one that she is determined to expose.

I received a complimentary copy of this book from the Author/NetGalley, Harlequin-MIRA and was under no obligation to post a review, positive or negative.

My Thoughts
You ever get the feeling that someone is watching you, even if they aren’t? Yea. This is the feeling I got while sitting there reading this novel by Courtney Evan Tate. This book. Let me tell you right now, if you don’t like books that will haunt you, that will leave you with a feeling of desperation and your heart pounding from the intensity, then stop reading this and go find a light, happy read.

I absolutely felt so much pain and hurt for Emily. I have two teenage sons, and I am super close with them, and what Emily went through with her daughter Leah disappearing and labeled dead, I just can’t imagine that. Following her story, feeling the incredible roller coaster of emotions that Emily felt, was absolutely fantastic!

The questions that Emily has, the things that she finds out as she’s trying to uncover what happened to 15 year old Leah, was perfectly chiseled into the plot line. The pages flew as I stayed up late into the night reading this fantastically created story. Each page turn had me closer to the edge of my seat, white knuckling my iPad.

Tate is definitely an author I will read again! Her darkness, her powerful words are phenomenal and made me feel as if I was Emily. This is by far one of the best thrillers I’ve read in a long time. Definitely a 5 star keeper for me. If you love intense, powerfully dark, emotionally gripping psychological thrillers, then grab this book NOW. You will not be sorry!

Courtney lives in Florida with her husband and kids. She has a passion for raising drug addiction awareness, the Marine Corp (her middle son is a Marine) and being introspective on the human condition.

One response to “Review: I’ll Be Watching You by Courtney Evan Tate” 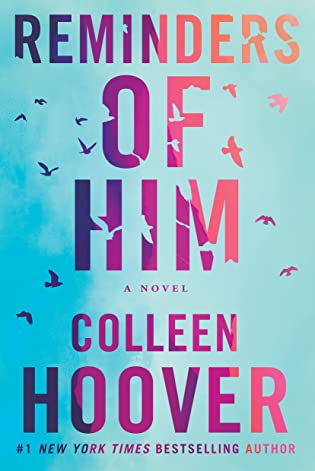