Founded by the three Bender sisters, the Amish community of Promise Lodge is thriving--and growing. In fact, residents are thrilled to welcome a charismatic new arrival--one who may not just strengthen their faith, but put it to the test . . .
When Christine Bender meets widowed Bishop Monroe Burkholder, it's love at first sight. But Preacher Amos finds him too good to be true, and is determined to find out what's behind his sudden, unannounced arrival. Still, the colony needs a new bishop, and everyone is excited to have a younger, more progressive leader. As for Christine, Monroe returns her affection, but her bubble is soon burst with the arrival of a young woman half his age . . .
Leola Duff claims Monroe "ruined" her and she now intends to make an honest man of him. But throughout the process of discovering the truth, Christine never doubts that Monroe is the fine man she believes him to be--and never wavers in her faith that all will work out as it should. And when Monroe is forced to confess the truth before the entire congregation, he can only pray that open hearts and minds will prevail, allowing him a future at Promise Lodge--with Christine . . .
Praise for Promise Lodge
"Hubbard firmly grounds the storyline in the principle of Amish grace." --Publishers Weekly
"Hubbard writes of healing and brave new beginnings from a refreshingly feminist perspective." --Booklist (starred review)

Excerpt
When Rosetta sat down at the eck table beside Truman, the light in his eyes made her hold her breath.

“Honey-girl, if your new bishop allows us to marry, when do you want to tie the knot?” he murmured as he grasped her hand. “I fell head-over- heels for you the moment I met you last summer, making dinner in that big kitchen—”

“Jah, the way to a man’s heart has always been through his stomach,” Rosetta teased. Her heart was hammering in her chest, and she suddenly felt like a tongue-tied teenager. It still surprised her, the way Truman made over her and waxed so romantic, considering he was somewhat younger than she was.

Truman smiled. “I have no fears of going hungry after we marry,” he murmured, rubbing his thumb over her hand. “But my clock’s ticking. I’m thirty and I want a family—and I can’t wait to watch you grow big with our children, Rosetta.”

Rosetta held her breath. She, too, had dreamed of mothering a large family, but the years after losing her first fiancé and then caring for her aging parents had slipped by. Even though God granted children to women who were older than she, at thirty-seven, Rosetta was concerned about getting such a late start. “My clock’s ticking, too,” she murmured. “I—I hope I’ll be able to have healthy, normal babies—”

Truman squeezed Rosetta’s hand, gazing at her until her worries disappeared. “We’ll do our best,” he stated. He smiled playfully. “Maybe we should slip away and start practicing right now—and keep at it until we get it right.”

Rosetta felt her face flushing. Truman’s way of making her feel desirable was only one of the reasons she loved him. “We’d better speak with Monroe soon,” she teased. “And gee, since the tables are already set up for a crowd—and we’ll still have lots of food—maybe he’d marry us tomorrow.”

Truman picked up his fork. “That would suit me fine, time-wise, but you deserve better than someone else’s leftovers, Rosetta. We should have our own special day. Soon.”

Many moons ago—like, in 1983 while she was still a school librarian—Charlotte Hubbard sold her first story to True Story. This launched her into writing around seventy of those “true confessions” stories over the years, and she’s been a slave to her overactive imagination ever since. Over the course of her writing career, she has sold nearly 50 books—most recently, Amish romance series she’s written as Charlotte Hubbard or Naomi King.
Charlotte lived in Missouri for most of her life, so her Amish stories are set in imaginary Missouri towns. These days she lives in St. Paul, MN with her husband of 40+ years and their Border collie, Vera. 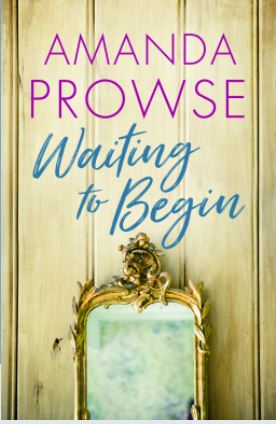