Today, I’d like to give a BIG welcome to an AWESOME AWESOME author, C.W. Gortner. His books are incredibly phenomenal and I love his work. So, why don’t you sit back and relax, have fun reading the interview and, if you want, leave this awesome author a question or comment….or two :-).

Welcome to Book Reviews By Molly!

Tell us a little about yourself.

I was raised in southern Spain. I grew up close to a castle that had once been the summer palace of Isabella and Ferdinand and so history was all around me; the past seemed as natural to me to explore as the modern world. Much later on, after my return to the US, I got an MFA in Writing with an emphasis in Renaissance Studies. I’ve worked as a fashion marketer, vintage clothing specialist, and grant writer; I love animals and am dedicated to championing animal rights, as well as environmental issues. I’m also an amateur oil painter.

What sparked your interest in writing?

I’ve always written, even as a child. My mom recalls that I wrote and illustrated stories in spiral bound notebooks. I’ve also always been a voracious reader. I was raised in Spain during the final years of Franco’s regime, and there was only one channel on television, so I rarely watched it. Instead, I read. I was introduced to Jean Plaidy as a boy and rapidly became an ardent follower, snapping up every book of hers I could find. I soon began to write my own interpretations of historical characters I’d come to love, which of course turned into my own early experiments with historical fiction. I wrote my first complete novel in my twenties, but it took thirteen years and several more novels before I was finally fortunate enough to be published!
Why the Tudor era? Anything specific calling you to write about that?
My first historical love was with Anne Boleyn. Growing up, I was completely fascinated by her; as I grew older and researched the era in which she lived, my fascination extended to encompass the entire Tudor era. I find something very compelling in this relatively brief but spectacular dynasty, in that the personalities involved were so varied, and the time itself went through such cataclysmic upheavals in such a short span of time. For a writer, the passion, tumult, brutality, and sheer drama of the Tudors is hard to match; however, as a writer I also felt that many of the most famous figures of the time had been so well covered in fiction, I wasn’t certain I had much to offer that would be fresh or different. It wasn’t until I stumbled upon research about the birth of the Tudor espionage system that my imagination sparked. I thought: Finally, here is something new to explore. I loved the idea of creating a fictional spy for Elizabeth Tudor, an ordinary man with an extraordinary secret, with whom I could delve into the underworld of the Tudor era.
How many books have you written?

Three: The Last Queen; The Confessions of Catherine de Medici; and now The Tudor Secret.

Out of what you have written, do you have a favorite? Why?

An author’s books are a little like one’s children; they’re all my favorites, for different reasons. The Last Queen is my most personal book, because it carries so much of my love for Spain. The Confessions of Catherine de Medici is my most ambitious and timely, in that it’s imbued with the paradoxes of fighting over religious differences. The Tudor Secret is definitely my most fun book, the one in which I get to express my lifelong enthusiasm for the intrigue-laden, swashbuckling stories of the past.

What is the research like for your books? Is there a lot of traveling involved?

I usually take several months to research intensively, often reading over 25 books on the subject matter and traveling to extant sites. But I only do enough to get myself writing; research can be addictive by itself and I’ve known writers who procrastinate for years because they find the act of researching more interesting than the story itself. I get enough under my belt to plunge into my first draft and then research more as I go. In essence, I never stop researching a book until I’ve finished it. But I prefer to do it in stages.

What’s the time frame of writing one of your novels?

My first novel took six years. Nowadays, because I am under contract, I have about 18 months to deliver a manuscript. It’s much harder to do when you have less time to indulge, but on the up side, I also have learned to not make the same rookie mistakes as much anymore.

Was there a person who influenced your decision to write? Why?
My father; when he read the first draft of my first novel, he told me I should try to get it published. It never occurred to me until he mentioned it. I’d always written for my own entertainment; in many ways, I felt compelled to write but he gave me the confidence I needed to actually believe I might be able to write professionally.

Any advice for aspiring writers?
Persevere. Hone your craft. Write what truly moves you, not what happens to seem popular at the moment. I know this is standard advice but in my case it turned out to be true. I started writing historical novels at a time when the popularity of the genre had waned and very fewhistorical fiction writers were being published; I wrote historical fiction because it’s what moved me, even though I had several editors reject my work with the words: “Historical fiction is dead.” Thirteen years, four agents and countless rejections later, the genre suddenly resurged in popularity and my current agent sold my first two novels at auction. If I’d not persevered, I may never have stayed in the game long enough to reap the rewards, so to speak. All that time and frustration trying to get published, I channeled into writing the very best books I could. It wasn’t easy— getting published rarely is— but it taught me valuable lessons.
Any last words to your readers?
Thank you so much for inviting me and I hope you enjoy my books. My latest novel, THE TUDOR SECRET, is in stores now. To find out more about me and my work, please visit me at www.cwgortner.com. Happy reading!

Thanks for stopping by and answering these questions! It was fun! 🙂

**Be sure and stop by on Wednesday the 9th for my blog tour review of The Tudor Secret….there WILL be a giveaway!*

One response to “[Author Interview] *The Tudor Secret’s* C.W. Gortner” 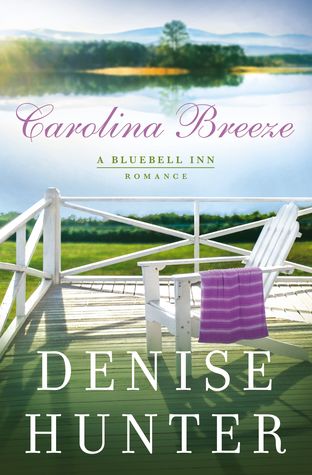 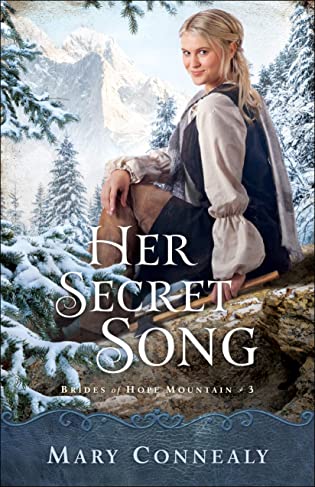