About the Book:
THE MAGICIAN’S BOOK is the story of one reader’s long, tumultuous relationship with C.S. Lewis’ The Chronicles of Narnia. As a child, Laura Miller read and re-read The Lion, the Witch and the Wardrobe and its sequels countless times, and wanted nothing more that to find her own way to Narnia. In her skeptical teens, a casual reference to the Chronicles’s Christian themes left her feeling betrayed and alienated from the stories she had come to know and trust. Years later, convinced that “the first book we fall in love with shapes us every bit as much as the first person we fall in love with,” Miller returns to Lewis’s classic fantasies to see what mysteries Narnia still holds for adult eyes–and is captured in an entirely new way.

In her search to uncover the source of these small books’ mysterious power, Miller looks to their creator, Clive Staples Lewis. What she discovers is not the familiar, idealized image of the author, but a man who stands in stark contrast to his whimsical creation-scarred by a tragic and troubled childhood, Oxford educated, a staunch Christian, and a social conservative, armed with deep prejudices.

THE MAGICIAN’S BOOK is an intellectual adventure story, in which Miller travels to Lewis’s childhood home in Ireland, the possible inspiration for Narnia’s landscape; unfolds his intense friendship with J.R.R.Tolkien, a bond that led the two of them to create the greatest myth-worlds of modern times; and explores Lewis’s influence on writers like Neil Gaiman, Jonathan Franzen, and Philip Pullman. Finally reclaiming Narnia “for the rest of us,” Miller casts the Chronicles as a profoundly literary creation, and the portal to a life-long adventure in books, art, and the imagination. Erudite, wide-ranging, and playful, THE MAGICIAN’S BOOK is for all who live in thrall to the magic of books.

About the Author:
Laura Miller is a co-founder of Salon.com, where she is currently a staff writer, and a regular contributor to the New York Times Book Review. Her work has appeared in the New Yorker, the Los Angeles Times, Time magazine and other publications. She is the editor of The Salon.com Reader’s Guide to Contemporary Authors (Penguin, 2000). She lives in New York.

The Giveaway:
Thanks to Valerie and the Hachette Book Group, I have THREE copies of this book to giveaway!
To enter, simply leave a comment below with your email address.
+1 entry : Refer someone to enter this giveaway and follow my blog (they need to tell me who sent them for it to count!)
*Open to residents of US and Canada only. Please NO P.O. Boxes! *
Entry Deadline is December 13th at 6pm. 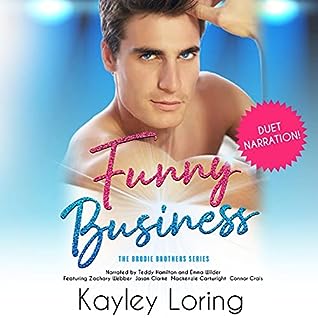